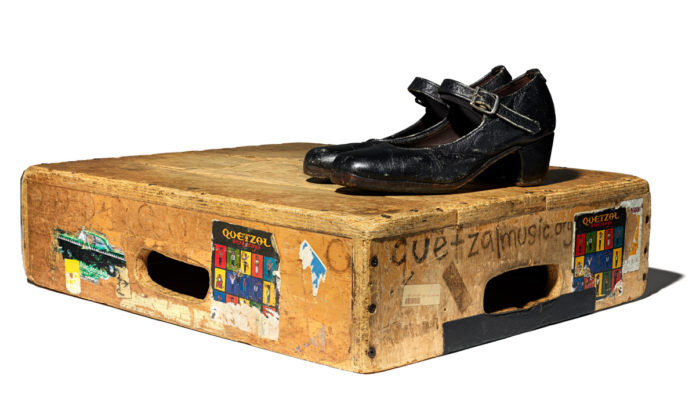 A journey of a thousand miles begins with one step, for Josefina Lopez that journey was begun for her at the age of 5 when her family migrated her to the U.S. settling in the East of Los Angeles neighborhood of Boyle Heights. The journey became an incessant search for her identity, having been thrown into a confusing world of mixed messages, negative traditions, and limitations that stemmed from an outsider’s perspective of who she was supposed to be and how she was to behave. She is a tireless voice for women’s rights and the idea that the survival of our planet and humanity relies on our global embracing of the sacred feminine.

At the tender age of 12 she discovered one of her father’s affairs and this broke her heart, and her mother, based on the cultural beliefs embedded in her, didn’t allow Josefina to hate him so she internalized these feelings- perhaps it was this perfect recipe of anger and shame brewing inside her that gave way to the creative work that has touched so many women caught in those internal silences. As a teenager she used her writing as therapy to make some sense of her feelings and thoughts. Growing up she became very aware of the negative perception shown by the media, and it further fueled the need for her to create a vision that spoke to her reality. The fire created between her own search for identity along with the influence of television  boiled inside of her and erupted quickly at a very young age. She began writing plays at the age of 16 and by 18 her first play Simply Maria or the American Dream was produced, her first full length play Real Women Have Curves was produced when she was only 21. She has received a number of awards and accolades, and is relentless in her messaging to women to step into their own power. She continues to walk towards exposing the topics nobody wants to talk about, such as the reality of death and inhumane treatment of immigrants portrayed in Detained in the Desert, a play that unveils a satirical look at anti-immigration laws and the belief systems that feed both sides of the debate. Her work remains relevant and uncensored.

But what would her shoes tell us about her other steps, the ones that are not taken in the public eye? One of her challenges was having to choose between being thin and therefore being seen as a sexual object or being fat and actually taken seriously. As everything in her life, she has challenged this social standard and has dared to be both beautiful and brilliant, unapologetically. On her website, www.josefinalopez.com, she tells of a message she would give her own daughter (if she had one) “I would encourage my daughter to celebrate her femininity, but not at the price of her whole self which also includes her masculine side which is the assertive, leader, active self. I would show my daughter what it is to be a whole person first before being just a ‘girl'”. So many of us walk those same doubts every single day, and she is here to tell us that it is not a lonely road and we can walk it with our heads high.

Her shoes have walked all over the world, probably as much as her work; she has family in Mexico and in Utah, and has lived in Paris, France. Still, she continues her work and focuses her energy in East L.A. In the novel The Alchemist, by Paulo Coelho, the main character realizes at the end that his treasure was right back where he started. I would dare say that for Josefina Lopez, who fell in love with Boyle Heights, her muse as she calls it, she has found not just her identity but has helped many of us find our own, through her work right where she began. For that we thank her and on March 19, we wish her a very Happy Birthday and we hope her steps continue to take us into the most marvelous of journeys, the one inside of us.

“I would encourage my daughter to celebrate her femininity, but not at the price of her whole self which also includes her masculine side which is the assertive, leader, active self. I would show my daughter what it is to be a whole person first before being just a ‘girl'”.