The Bravo TV channel, owned by NBC, is known for it’s over the top reality shows. These shows include The Real Wives of Beverly Hills, etc. The shows portray the everyday trials and tribulations of wealthy women and their families. Now, Bravo has decided to expand that repertoire with a show on three prominent families from Mexico City. This new show, Mexican Dynasties, follows the lives of the Allende family, the Madrazo family, and the Bessudo family, or to be more precise, a mother-daughter duo, Raquel Birman Bessudo, and Doris Bessudo Dorenbaum.  They are called the soda dynasty, for Jarritos de Mexico is a very well known soft drink that comes in a variety of flavors. Raquel’s father in law, Isaac [Jack] Bessudo started the company with Francisco Hill, the man who came up with the original formula. Later, Raquel’s husband, Leon, went into business with his father and together they made Jarritos the third most popular soft drink in Mexico after Coca Cola and Pepsi.

Raquel and Doris are also well-known in the Jewish community in Mexico and showcase their heritage proudly on the show. Raquel speaks fondly of her Polish Jewish parents who arrived in Mexico during a period of time when quotas had been met and Jews were not allowed to immigrate to the United States.  In fact, Raquel emphasized during the interview how grateful she was to Mexico for allowing so many Jews to immigrate when other countries wouldn’t. Many Mexican Jews have similar stories of their parents and grandparents arriving by boat to the port of Veracruz, Mexico when denied entry to New York.

The show was filmed in Mexico City in July, August, and September 2018, but began airing on Bravo in February 2019. Bravo is only broadcasting the show in English speaking countries and the show cannot be seen in Mexico. Despite that fact, ratings have been good and it is most likely there will be a second season.

The show was filmed in Mexico City in July, August, and September 2018, but began airing on Bravo in February 2019. Bravo is only broadcasting the show in English speaking countries and the show cannot be seen in Mexico.

During my interview with both Raquel and Doris, I asked how the show came about. They replied that the Bravo Network had been working on the concept of a show that displayed another side of life in Mexico and wanted to showcase wealthy Mexican families.  Doris and Raquel signed on with some strict guidelines. Doris’s children and her sister, Patricia, and her family were off limits as they wanted to maintain their privacy. Some of that might change for the second season.

Speaking of privacy, I asked them what it was like to have their lives become so public. They replied in different ways. Raquel was actually used to publicity as she has been on several popular Mexican TV shows, including a Mexican style version of Joan Rivers’s Fashion Police. Her daughter joked on one episode that her mom was “the Mexican Joan Rivers”. Personally, I think she is more beautiful and kinder in her treatment of people. Raquel’s sense of style and glamour is very obvious on the show, and she is known in Mexico as a beauty and fashion icon. What may not be as well known are two other traits she shares with Rivers which are brains and a love of dogs. Beyond the beauty and glamour, Raquel is also a scholar with a BA in art history and an MA in Mexican history. She has a deep knowledge of Mexican history.

As for Doris, who has a BA from the University of Texas in Austin, she found examining her life on camera to be therapeutic, especially in her relationship with her mother. When Doris was a teen, there had been some mother-daughter tension over issues of weight, but they became closer as Doris got older. The show has brought them even closer together. They are also going into the beauty business together with the launching of Raquel’s skin care line. Both of them are into staying healthy and looking as good as possible.

There is a cute scene on the show  where the two of them are doing yoga together and Doris gets on her mom’s back [riding horsie] to show her how to do “downward dog”. They have an easy way with each other on and off the show that is real. Finally, it was also cathartic for both of them as Leon passed away in June, and they were both already committed to start shooting the show in July. Leon and Raquel had a great love story and had been married for 55 years. He had a close relationship with both his wife and children. Raquel and Doris both explained that everyone has a different way of grieving and the show was a good way to distract and heal from the pain.

Doris’s husband, Jorge Dorenbaum, also appears briefly on the show and takes it all in good natured stride. They have a son, Natan, who is 23 and a daughter, Joella, who is 26. The family lives in Beverly Hills.  Doris went to Mexico for four months to be with her mother after her father’s death and to film the show.

The other member of the family who appears [and one of my favorites] is Doris’s Maltipoo, Gizmo.  There is a hilarious scene with Raquel eating breakfast in bed and feeding “Gizzie” mango. She then wipes his mouth with a napkin. One of Raquel’s secrets to maintaining her figure is eating healthy, and she is shown eating a lot of mango on the show.

As to the show, one always wonders with reality shows what has been dramatized. When asked that question, both Doris and Raquel replied that the three families are close in real life and they have their own chat room where they share with each other.  Doris is a partner in a boutique PR agency called, Nine Muses. It is a female driven agency that specializes in media and merchandise. In addition, she has her own PR firm called Dorenbaum Consulting. On the show, she is shown representing an upcoming artist named Miguel Millo, and more importantly, the singer, Adan Allende, son of Fernando and Mari Allende, the show business family or “dynasty”. The tension between Doris and Mari over Adan is real. What is not real is the suggestion of Raquel being courted by an old childhood friend, Sammy P. She made it clear that although the show “milked” it, in real life, they are just good friends and nothing more. They both praised the network and said how professional Bravo was.

Another thing that is real is the charitable work that both Doris and Raquel do. Raquel and nine other women are creating a national award that empowers women. The ten women or judges are Jewish, but the five women who will receive the monetary award each year don’t have to be. They just have to show how they help and empower other women. For Raquel, it is another way of showing her gratitude to Mexico.

You can see all the episodes on the Bravo website or On Demand. For Cox viewers it is channel 42. 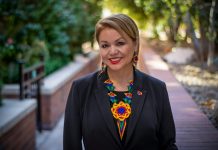 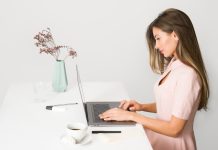 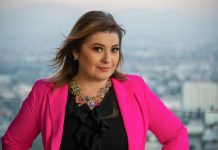 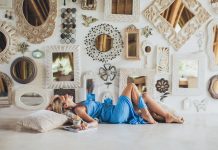 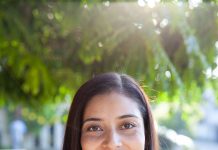 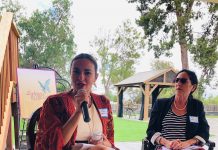 Self Care: Anxiety and Stress 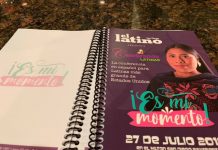 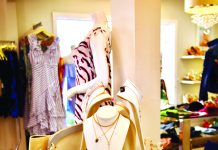 The Store Next Door 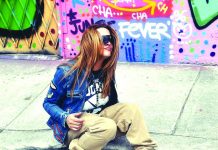 A Celebration of Love, Life and Hope