The beautiful Bibi Uribe opens the doors to her home and heart to share with us an insider’s view of her life behind cameras. As a special Mother’s Day treat we also had the opportunity to share the evening with Fernanda and Daniela, her two daughters, who inherited not only her beauty but her resilience and passion for life. Before we begin the interview, Bibi brings me a delicious cup of chamomile tea as we settle in her living room where we are welcomed by a beautiful panorama of Tijuana, the window pane two stories high showcases a view of the night lights of the city. This was indeed the perfect backdrop for the experience I was about to embark on.

Bibi Uribe is now a television icon who has worked her entire career for Televisa Canal 12, one of the biggest television networks in Mexico, and channel 12, in particular, has managed to cross borders and impact our San Diego region. Every day Bibi reaches thousands of households through her television talk show “Mas que Palabras” (More than Words) where she showcases important guests that speak on subjects of interest to the Hispanic community. From health and beauty to business and economics, no subject is off limits. Her charisma and genuine love for people allow the guests to open up freely and make the experience one of great value, not just for the audience but for the guests as well.

Born Ofelia Yvelice Horta Aburto, Bibi’s family origins take us back to Cuba, born in a family of five with her brother Antonio and her sister Yazmin. The family migrated to Mexico City where she grew up and lived a simple life of hard work, after high school, she studied physical fitness for recreation and began working in hospitals giving therapy to children admitted for long people periods of time. She candidly tells us how she met her husband while working at a hospital, during a serendipitous opportunity to observe a surgery she was tasked with helping the surgeon, Dr. Guillermo, her job was to put on him his surgical robe, which she inadvertently contaminated. They dated for four years during which he did his residency in London and they kept their relationship alive through love letters, long before email was invented and at a time when long distance calls were an economic impossibility. At the age of 21, she married Dr. Guillermo Uribe and they eventually moved to Tijuana where they raised their family and settled down.  Her life was now filled with all the demands of motherhood. Nevertheless, she continued to study and grow, she began to master her skills for corporal expression and physical training and was eventually invited to present a 7 minute fitness segment on channel 12, thanks to her talent and charisma, coupled with great skill and knowledge, she was asked to return several times until she was offered a permanent position. She has been with the network ever since, reinventing herself over time and evolving in the broadcasting and media communications industry. She tells us that she believes her success has been a direct result of her persistence and will to persevere in a field that is particularly difficult for women, and rough competition and politics. She recalls a comment made to her by one of her early directors to “go back home and mop the floors, you are not a television anchor”; far from pushing her away from her dream, with the unconditional support of her husband Guillermo, Bibi took this feedback and turned it into the fuel to grow professionally and master her craft. With a family to care for she found little time to study, yet one class at a time she eventually earned her Certificate on Broadcasting Communications, steadily she has built a career that is now a delightful quilt of memories and experiences. A highlight of her career was starring and co-producing the play “La Amante” (The Lover), a monologue by the English Dramaturg Arnold Wesker that tells the story of three women revealing the many phases of love that a woman must face. The production raised funds for Makio Cultural A.C., a charity for immigrants, and sick and abandoned children. This art of combining philanthropy and arts has been a staple of her work, as she now uses her knowledge to help professional women succeed in their fields with workshops such as “Overcoming the Fear of Public Speaking”, an example of how she continues to pay it forward. 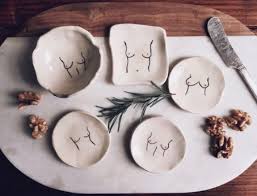 Without a doubt, Bibi has been a role model of professionalism and passion that both her daughters, Fernanda and Daniela, have followed in their own careers. These two young Latinas have taken on the world finding success through their passion, this is certainly Bibi’s greatest accomplishment. Fernanda was only 7 years old when she dressed up as Picasso for her school’s career day program, she always knew she wanted to be an artist. At 16 she had her heart set on becoming a ballerina and went on to study in Havana, Cuba, she also studied salsa; but soon realized her physique was not the standard required by the dance industry and began focusing on other art forms, such as painting and photography. Since very young she traveled the world and studied abroad, at the tender age of 17 she went on a student exchange to Germany, then a period in Japan where she tells us that she learned religion, meditation, the ceremony of tea, values, discipline, family, and honor. She also attended the  Academy of Arts in Italy (Accademie di Belle Arti). She currently lives in New York and has established herself as an avant-garde cutting edge artist working different mediums. Her ceramic collection Punto Verde is of particular interest to audiences due to the uniqueness of design and concept, for example, her Constellations collection. 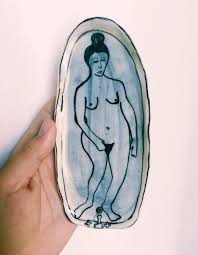 Daniela, on the other hand, is a strong, intellectual, blunt and unstoppable force of nature. A woman of few, but impactful words. She found her calling from her father, a prominent Doctor specialized in Phlebology, many would say that is a traditional path; however, the manner in which she discovered her gift was particularly unique. Daniela was 5 years old, she shares the anecdote with us, she and her father were having lunch one day while her dad was on call for the emergency room, they interrupted their outing and headed over to the hospital where she had to wait outside in the lobby. While waiting for her dad, she wandered off and snuck into the morgue to see the corpses- and it was this eerie experience that awoke her curiosity to learn how the body works. From then on her father began to take her with her during his practice, she even shares with us a candid picture of her and her dad in full hospital gear. Daniela is now a Doctor specialized in Phlebology exactly as her dad, they work together in their practice. Fernanda and Daniela could not be more different in personalities and their views of life- Fernanda with her free, vagabond spirit and Daniela firm in her roots- but they both share their mother’s beauty and passion to do what they love fully.

By the time the interview is coming to an end, I feel like our time together had barely started, and I catch myself enjoying the warmth of her home that is carefully decorated in a very authentic colonial Mexico style that reminds me of the streets of Guanajuato or San Miguel de Allende. Every detail has been added throughout her journey, and yet it comes together in an almost orchestrated way, much like her life. For Bibi her future begins now with quiet evenings in her living room, walking her dogs around the neighborhood, and dancing in the kitchen with her husband on Sunday mornings.