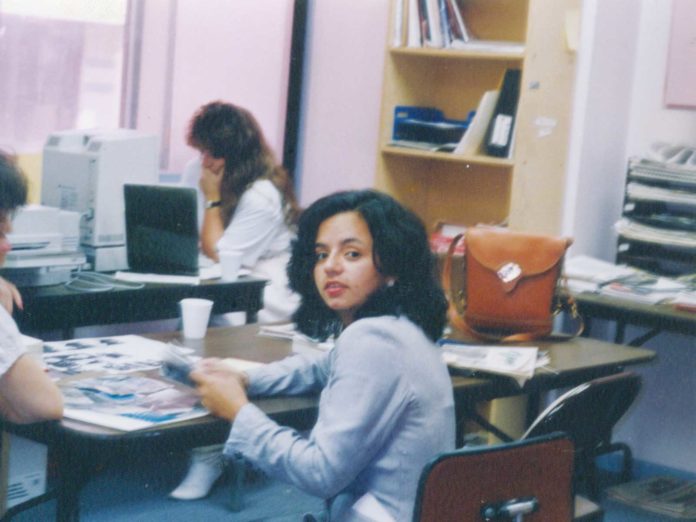 Bogotá, capital of Colombia, a city whose tag line is “Very Noble and Very Loyal”; with 613 square miles and just over 8 million inhabitants. This modern and metropolitan city, with a European and Indigenous mix is the land that gave birth to Fanny Miller. At 5 feet tall with a soothing voice, yet with a very contagious laughter, she inspires strength and demands attention wherever she goes. In this inaugural edition of Celebrando Latinas Magazine we celebrate Fanny Miller with an exclusive interview where she talks about her journey and we get to know more about this beautiful Latina made of coffee flavors and Cumbia rhythms.

CLM: Tell us about Fanny, the woman. How did you become the woman you are today?

Fanny: Well, I grew up with four siblings, we are five in total and when I was 13 years old we were adopted by my aunt Fanny Miller, that is where I get my last name from. As a child growing up in Colombia I lived in a home where I was sexually abused, my mother was an alcoholic and my father had a drug addiction. A world that at my early age I could not understand, but I could observe. As a teenager, I returned to Colombia looking for my life path, but when I couldn’t find options I decided to return to the United States, since I didn’t have any money I had to find odd Jobs so I could save enough for the airfare. Over the years and after the death of my biological mother I saw myself confronting the need to forgive and a need for understanding what as a child I could only absorb. I could see that I had lived my formative years in total fear and when I understood this I decided, from that day on, that I refused to live in fear, and that has never stopped me since. I learned to speak my truth without fear of being judged, I learned to forgive my mother, but also to forgive myself. My task now was to seek my own happiness, and now that has evolved into the need to help other women do the same. 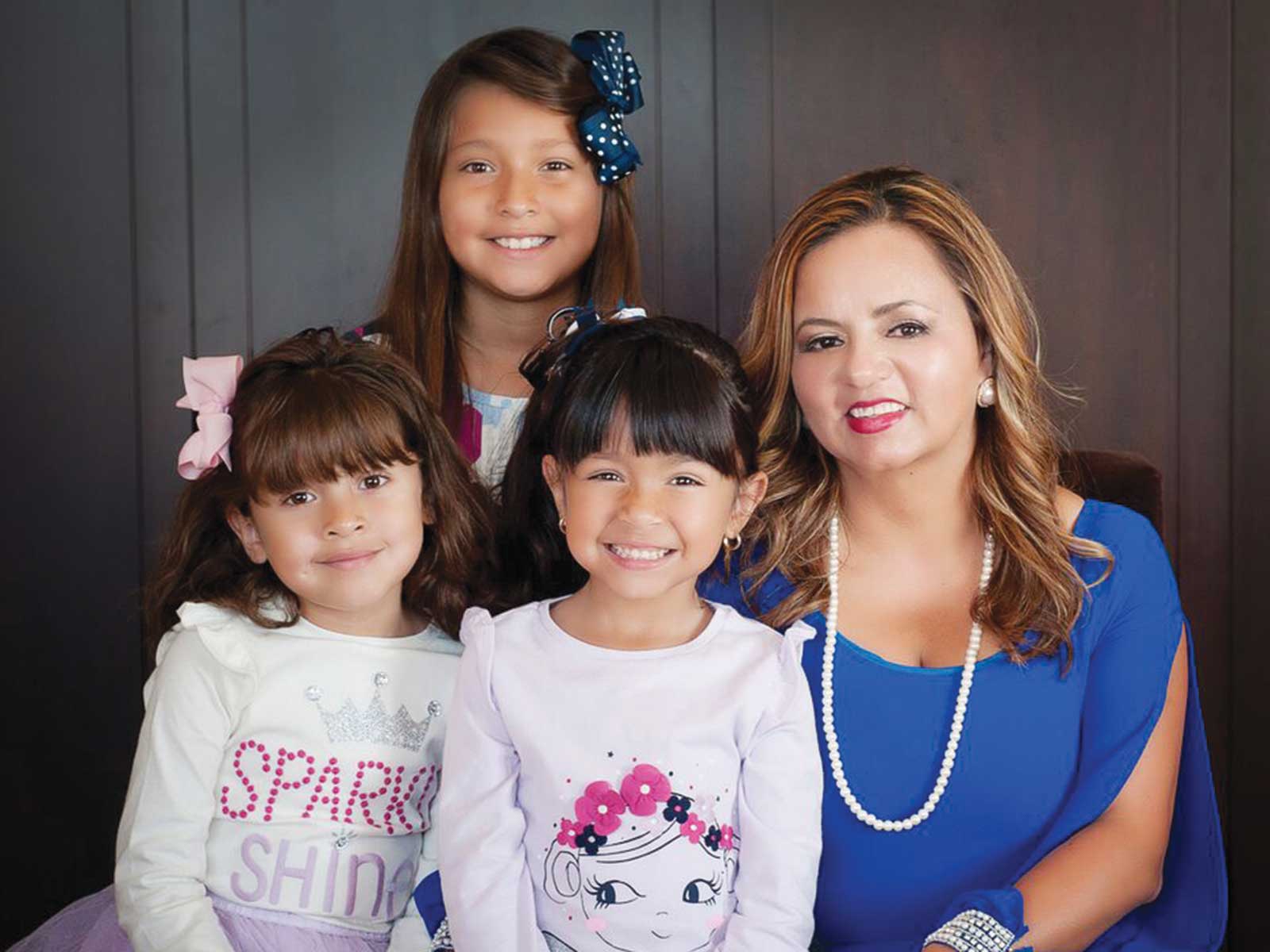 CLM: How was your business career developed?

Fanny: When I finally made it to the United States I began to study business while working at a department store. I lived in the north part of San Diego, in the San Marcos area, and in 1989 we had the opportunity to acquire a local newspaper, El Latino San Diego, and along with my siblings and other partners we embarked on this project, I was only 21 years old and I took it as an opportunity where I didn’t have much to lose. Without any experience and my education still in the works I decided to commit and make the newspaper successful. After just a couple of years the other partners, including my siblings, withdrew from the project and I made the decision to stick with it, a risk that at the time meant that I could lose everything. Now with thirty years into the newspaper business, the creation of Celebrando Latinas Conference and now with the magazine launch, I realize how much my life has changed and having taken that risk was well worth it.

CLM: Tell us about the evolution of the business, how was Celebrando Latinas Conference born?

Fanny: I found myself at 38 years old with a perfect life, three sons, and a successful business; however, I had a huge depression, I was physically exhausted and I was overweight. Searching for answers I began to look for workshops and seminars to help me heal and I realized that I was present for everyone else. I took care of my family, my friends and my employees with money, time and favors which drained my energy and my resources until I reached this very low point. I realized that I did not like myself. I put a stop to everything and I began to take care of myself and to learn how to love myself. There, from that enormous depression and the realization that I needed to learn to take care of myself was that Celebrando Latinas Conference sprouted. It was born from my desire to transmit this message to all the Latina women who commonly take care and look after everyone except ourselves. I decided that the day of the conference was to be dedicated completely to pampering, enjoying a beautiful venue such as the Hilton Bayfront Hotel, where the event takes place every summer, and to give them the opportunity to learn how to take care of themselves since the conference is based on health, beauty and business. Throughout the conference we celebrate with music and dance.

CLM: With such a demanding business and your vision to grow, how do you find the balance to be a mother?

Fanny: Well, I decided to have children at 31, I had three boys: Ruben, Gabriel and Diego. They have been the motor of my life. Besides them three, five years ago destiny brought me to adopt three beautiful girls: Casandra, Fatima and Esther. It was during one of the Celebrando Latinas Conference that I met the mother of the girls who had terminal cancer and therefore the girls were set to be not only orphans but separated from each other since there wasn’t anyone who could take them all in. I battled internally with that decision of adopting them because I couldn’t. After praying and asking God to guide me and help me make the right choice, the message was clear to keep the girls with me. Shortly after their mom passed away. From the very beginning my boys welcomed the girls with love and I have never since doubted the blessing that they are in our home. We all help each other at home, we all help with the cooking, they also come to the office to help with the newspaper and even though it is difficult to maintain the balance, we already have a routine where I make sure to give them time, but I also make sure that I get time for myself. For example, the girls go to sleep at 9:00pm the latest and from that point on it is my time which I use to listen to music, or read books of various subjects ranging from business, self-development or biographies; or sometimes just watch my favorite TV shows such as CSI.

CLM: Your business is mainly directed to the Latino Community, what does that mean for you?

“I refuse to live in fear” 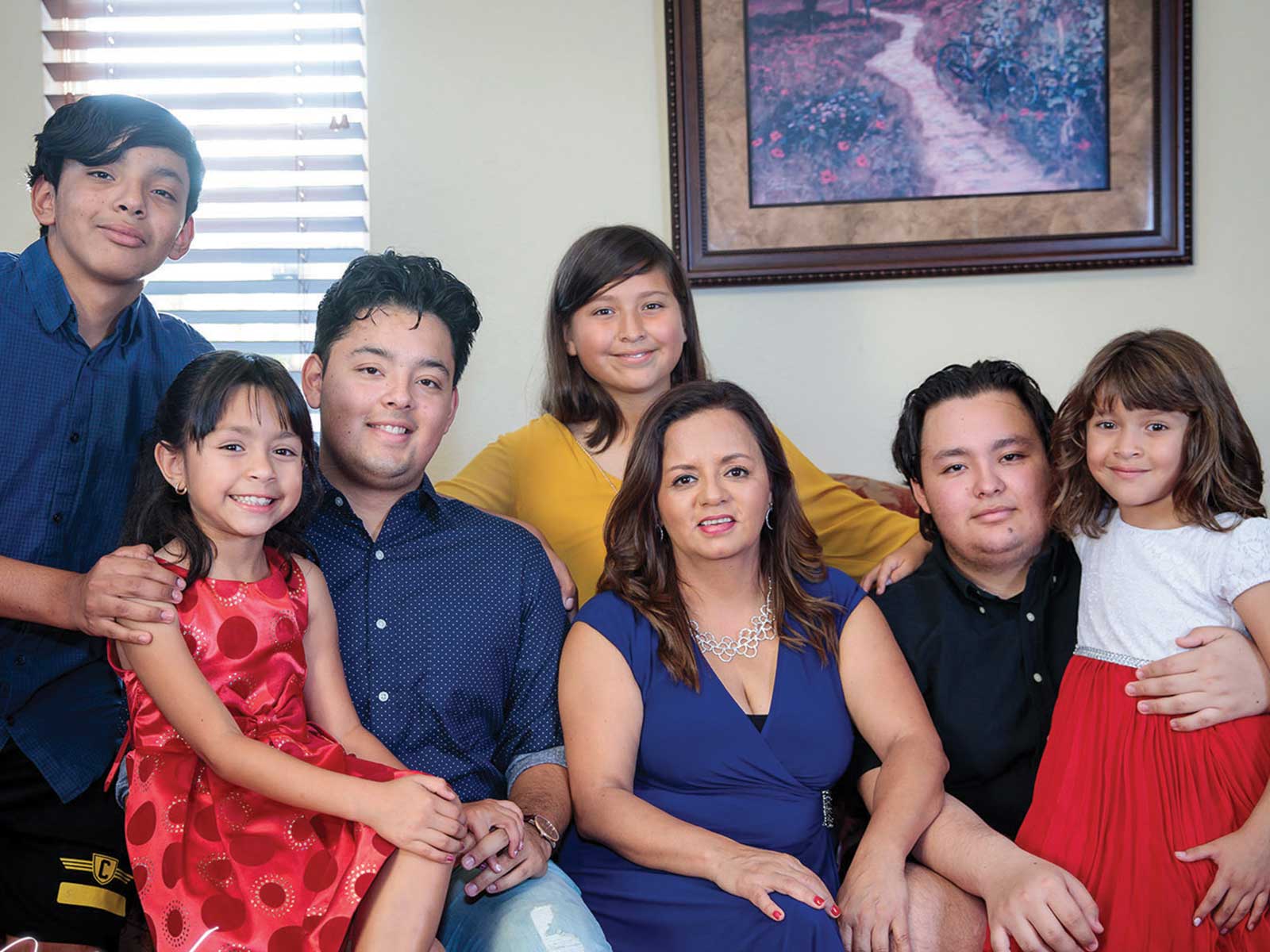 Fanny: I grew up in the north of San Diego, I consider myself a first generation immigrant. In the South San Diego region there are Hispanic communities of third and fourth generations who are more connected to a local culture. I think because of this being a Latina for mi is on the forefront of my personality and I think a big portion of my audience identifies with the roots of our origin. That is why it is so important for me that the Hispanic community has access to information and communication channels in their language, since otherwise they have no way to connect to the American society. I think that what began as a business opportunity when I was 21 has now become a responsibility and truly a pleasure to be able to offer this connection to the Latino audience.

CLM: With the launching of the magazine, once more you are reinventing yourself as a woman, what were the factors in your life who gave way to this innovation?

Fanny: I’ve had the bug of creating a magazine for a few years now, but it was thanks to the feedback that we received from the attendees of Celebrando Latinas Conference who continuously insisted that one day a year was just not enough, that they needed continuity. That is how I decided to take the plunge and finally turn this goal into a reality. And in this same manner I plan to continue paving the road with workshops throughout the year and events that provide this support for the Latina woman.

CLM: Lastly, what message would you like to leave us with for all the Latinas that share similar stories?

Fanny: To listen to themselves. The internal voices we hear daily, whether positive or negative, we must learn to listen to them and be aware. Being aware is a great tool to learn your weaknesses and your strengths. Never pity yourself but rather give yourself credit.

In November Fanny took on the key role as President of the National Association of Hispanic Publications of the United States. A commitment that carries the great responsibility to maintain Hispanic journalism at the forefront in a country where it is commonly ignored by other channels of communication.